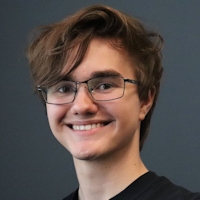 Black Friday and Cyber Monday are by far the most infamous shopping holidays - But not many are aware of their origins.

Whether you enjoy shopping online or prefer the thrill of in-store combat, chances are you’ve participated in Black Friday one way or another. But even the most die-hard Black Friday veteran might wonder where the Holiday gets its name. Continue reading on as we answer this in detail.

How did Black Friday get its name?

Believe it or not, the name “Black Friday” didn’t originate from any stores or retailers. Instead, it was created by law enforcement.

During the 1950’s, the city of Philadelphia would become packed the day after Thanksgiving. This was due to the Army-Navy football game, along the immense number of shoppers who would flock in from the neighboring suburban cities. Beginning their holiday shopping, these consumers would flood streets and stores while giving shoplifters an ample opportunity to strike.

As you can imagine, all of this became quite a pain for the local law enforcement. As a result, many officers attempted to call in sick and referred to the dreaded day as “Black Friday”. At the time, instances of disaster or  chaos were sometimes deemed as “Black”, hence the title that was given. Soon enough, the name took to the public as well.

Retailers, not wanting such a negative phrase looming over their big day, took a shot at rebranding in the early 1960’s. Many new titles were thrown at the wall such as “Big Friday”, but none of them could seem to stick. Eventually, the retailers started to roll with “Black Friday” as it became implemented in their advertisements. By the late 1980’s, Black Friday had become a nation-wide event.

The Rise of Cyber Monday

Ah yes, Cyber Monday. Who doesn’t love shopping for deals in the comfort of your own home? You can skip the lines, and the only thing you’re competing against is your iPad battery.

Much like Black Friday, Cyber Monday was created in reaction to a distinct rise in profit. Back in the early 2,000’s, Online retailers noticed that their sales would spike exponentially the Monday after Thanksgiving. Many believed these came from Black Friday shoppers who missed out on during the holiday weekend.

In 2005, the NRF (also known as the National Retail Federation) decided that this day of increased sales needed an official title. It was during one of their press releases when “Cyber Monday” made its first appearance to the public.

It didn’t take long for other retailers to swoop in and use the name to boost their own online sales. Now Being used by big shots like Amazon and Target, Cyber Monday has become a household name in the twenty-first century.

Black Friday has no doubt become a staple in American culture and marks the beginning of the holiday shopping season. So, whether you’re planning on grabbing that flat-screen in person or ordering it from your bed, we wish you the best of luck during this season of deals and discounts.

Looking for deals on lighting products, décor, or giftware? We’ve got you covered. Make sure to check out our bi-monthly newsletter where we drop discount codes during Black Friday and Cyber Monday. 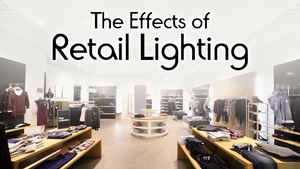 The Effects of Retail Lighting

Lighting Psychology and You 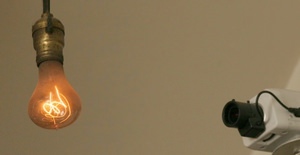 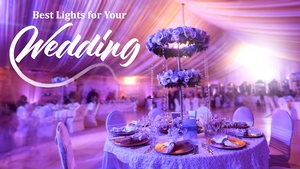 Best Lights For Your Wedding 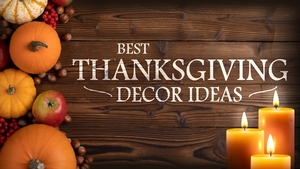